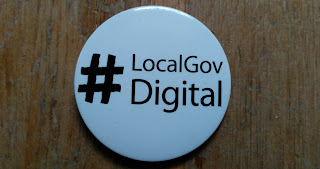 At UKGovCamp in 2012, Sarah Lay and Carl Haggerty had an idea.

After a discussion with Sarah Jennings, a group of council officers were invited to London to talk about local government, digital and collaboration; I was lucky enough to be one of them.

We discussed the inadequacies of the annual Better Connected survey, what the new Government Digital Service might mean for local government, how we could work together to produce better websites, and a whole lot more.

Another meeting followed, and with the help of the Local Government Association, LocalGov Digital was created.

The idea grew and became LocalGovCamp 2014, and 2015, and 2016 and 2017. It became Unmentoring, the LocalGov Digital Slack Team, the Local Government Digital Service Standard, five local peer groups, and much more. We accomplished amazing things as a network with next to no funding, but we only got so far.

This is why in December 2017 we adopted a formal constitution which means LocalGov Digital is now an association, and it's why 2018 will see the biggest changes to LocalGov Digital since its inception.

In January we launched a new website, and this week we're inviting people to apply to join our Steering Group. We're looking for three forward thinking people involved in delivering local digital public services to help inform and guide LocalGov Digital's future direction. If you're interested, you can read more about applying to join the group here.

In March we'll create a membership offer to anyone with an interest in improving local digital public service delivery, whether working directly for the public sector, or not.

LocalGovCamp has always been about individuals, and the vast majority of people who attend the Saturday unconference don't represent an organisation, just themselves. We'll be continuing this ethos, and they'll be no corporate membership of LocalGov Digital. Just people, their ideas, and their passion for public services.

But more than this, I and other Steering Group members recently took part in a discussion about the future of digital public service collaboration. Becoming an association of members means we can better represent the views and experiences of the thousands of individuals working in and around local government. In what could be a pivotal year for local government, if you join us, we'll have your back.

We've come a long way since 2012, but more than ever we're still keeping true to the original idea, joining up things and giving a voice to local digital practitioners, and for that we'll forever be indebted to Sarah, Carl and Sarah.

November 30, 2014
I'm writing this partly as a reply to an excellent piece that Carl Haggerty published about the disconnect between internal and external influence and partly due to various conversations over the past month about how to make using tools like collaboration platform  Pipeline common practice. This isn't really about Carl though, or Devon County Council, or any other council specifically, it's more a comment on the influence of digital teams in local governments, or lack of, and how to resolve this. So here's the question that prompted this piece. How can someone who's been recognised nationally for their work, first by winning the Guardian's Leadership Excellent Award and who has more recently been placed in the top 100 of the Local Government Chronicle's most influential people in local government , "sometimes feel rather isolated and disconnected to the power and influence internally". First, let's consider whether is this a problem to
39 comments
Read more

June 12, 2016
For the past month I've been putting together a paper on the next steps of digital transformation, for the organisation I work for. I'm proposing we look at two capabilities and two business areas, and if approved I'll be writing more about it. It's been a great exercise in gathering my thoughts and helping me to define digital transformation to a wider audience and how it fits into the bigger picture of service improvement. Here's some of the stuff I've learnt or had affirmed: Transformation, digital or not, starts with understanding the needs of the user through research. This should be obvious, but in local government too often I've seen "build it and they will come" approach applied. It's unlikely a commercial operation would launch a new product without first researching the market, so why would a digital service be any difference? A couple of years ago I wrote how the phrase "digital transformation" was hindering digit
4 comments
Read more