September 17, 2017
LocalGovCamp is the unconference run by local government, for local government. I was part of a team of volunteers that helped put it together in 2017, and it was great to see six months planning culminate over two days and one night. I plan to write something about Fringe Friday later, but this piece is about the main event on Saturday. 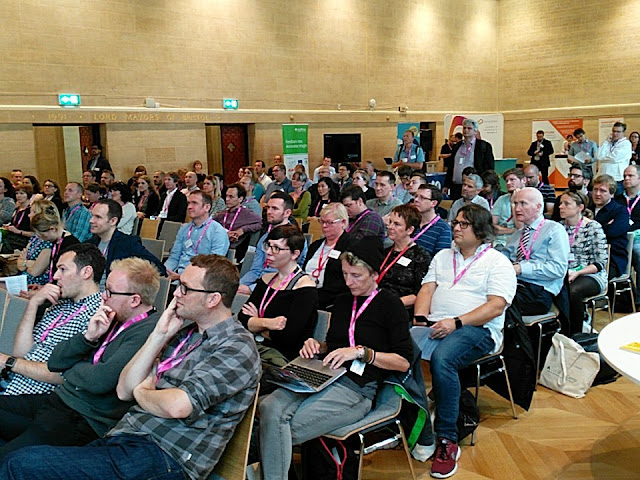 I learn a lot every year, but yesterday felt a bit different.

The start of a productive day came via my first session entitled "Help, I'm an elected member", hosted by a cabinet member from a welsh local authority, asking for help and advice. I've run a session like this in the past, and if the discussion is well facilitated (as yesterday's was) it can be infinitely better than being talked at, or a death by a hundred slides type presentation. Both the host and the participants learn something, as I did yesterday.

We need more councilors at LocalGovCamp, and this was a step in the right direction, seeing an elected member not only attend, but lead a session.

Perhaps the most positive session I went to was "What are the user needs for LocalGov Digital". People in the room included:


and those were just the people I know about. It became clear that the majority (most of whom had given up their own time to be there) had a common aim, to improve local public sector service delivery. That's about as close as you'll get to a local government coalition of the willing with a simple, common statement of intent, together on a rainy autumn afternoon in Bristol. 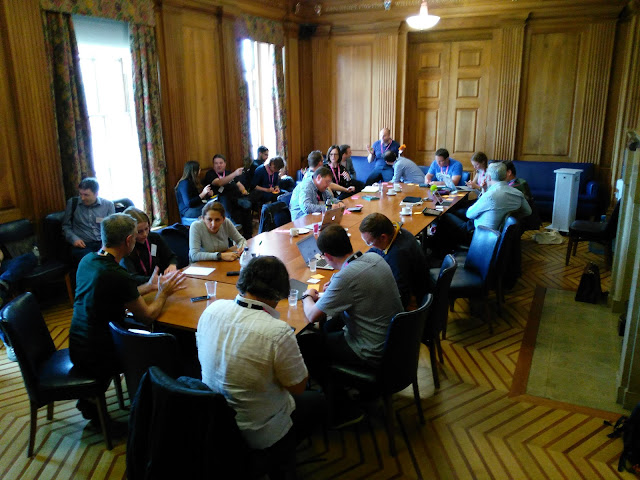 What must happen now is to turn words into actions.

Yes, keep the conversations going, they're important, but focus on deliverable outcomes. To this end, LocalGov Digital be will improving our communication, re-booting our Steering Group, and defining deliverables for 2018, perhaps seeking funding to achieve them.

In 2018 we hope to think, do and share among a wider group of people, and if you'd like to help to create better, cheaper public services, I'd love you to get involved.

My draft has check-list of seven questions and recommendations, with one overall recommendation regarding best practice for delivering digital. Ideally it would be incorporated into a wider service and information delivery strategy.

Below I've omitted the bulk of the content, the reasoning behind arriving at the recommendation from the question because it's still in draft, but here are the seven questions and eight recommendations:

Recommendation: Establish a “digital first” ethos to the promotion of services and better targeting what, when and where they're promoted.

2. Are the digital services the council offers, especially where the design and development ha…
3 comments
Read more

June 22, 2015
In September 2014, officers from 25 councils met in Guildford to discuss a platform to enable collaboration across Local Government. A "Kickstarter for local government" is the missing part to Makers Project Teams, a concept to enable collaborative working across different organisations put forward by LGMakers the design and development strand of LocalGov Digital.

Based on the user needs captured at the event, LGMakers created collaboration platform Pipeline and by October people from over 50 councils had signed up. Pipeline is an Alpha, a prototype set up to evaluate how a Kickstarter for councils might work. It is a working site though, and is being used as the platform it is eventually intended to be, at present without some of finer features a live offer might have.

So what have I've learnt in the eight months since we launched Pipeline?

There's a strong desire to collaborate

November 10, 2015
You may have seen this slide I put together to help explain digital transformation

This week we launched a new beta service to report speeding traffic. It looks fairly simple but to give you an idea of what's happening in the background I thought it might be useful to show you the before and after.

So here's the before

and as you can see it's completely a manual process. Stuff might be recorded electronically but it takes someone to do something seven time to make the process work and send it to the parish or the district.

What this doesn't tell you is that it's basing whether the request is for the parish or district on three questions. It's also doing a spatial look up to find the parish and returning the parish clerk details using the Modern.Gov API.

Because these are already part of our platform this is data that we currently maintain, so there's no additional work to keep this up to date and we've reduced the human interactio…
3 comments
Read more

June 12, 2016
For the past month I've been putting together a paper on the next steps of digital transformation, for the organisation I work for. I'm proposing we look at two capabilities and two business areas, and if approved I'll be writing more about it.

It's been a great exercise in gathering my thoughts and helping me to define digital transformation to a wider audience and how it fits into the bigger picture of service improvement.

Here's some of the stuff I've learnt or had affirmed:
Transformation, digital or not, starts with understanding the needs of the user through research. This should be obvious, but in local government too often I've seen "build it and they will come" approach applied.

It's unlikely a commercial operation would launch a new product without first researching the market, so why would a digital service be any difference?
A couple of years ago I wrote how the phrase "digital transformation" was hindering digital transf…
2 comments
Read more

November 30, 2014
I'm writing this partly as a reply to an excellent piece that Carl Haggerty published about the disconnect between internal and external influence and partly due to various conversations over the past month about how to make using tools like collaboration platform Pipeline common practice.

This isn't really about Carl though, or Devon County Council, or any other council specifically, it's more a comment on the influence of digital teams in local governments, or lack of, and how to resolve this.

So here's the question that prompted this piece. How can someone who's been recognised nationally for their work, first by winning the Guardian's Leadership Excellent Award and who has more recently been placed in the top 100 of the Local Government Chronicle's most influential people in local government, "sometimes feel rather isolated and disconnected to the power and influence internally".

First, let's consider whether is this a problem to unique t…
12 comments
Read more