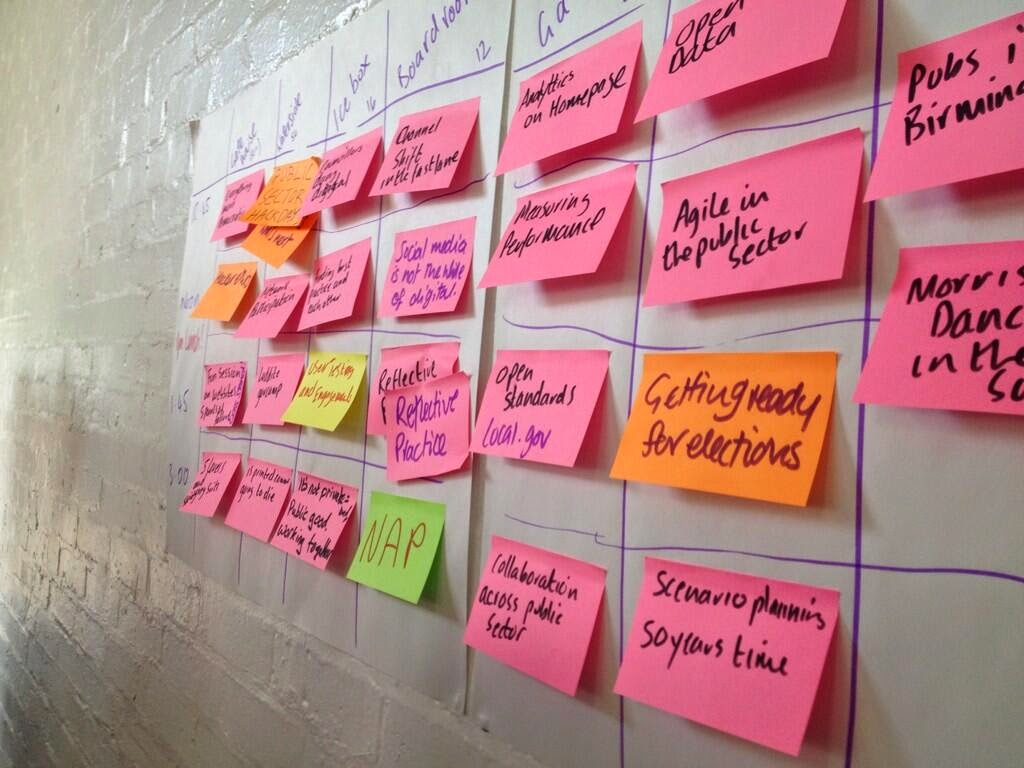 LocalGovCamp 2014 was last weekend and judging by the response on Twitter and blogs, it looks like people thought it was a success.

From a personal perspective there were so many people I'd talked to online that I met in person for the first time. There were people I really wanted to chat with but missed or just nodded to as I dashed to a session.  However long the day is, it's never long enough.

I was also proud to organise the Makers Hack Day which around 50 people attended on a work day, and importantly I learned a lot for the next time. I'll post more about this later.

I've put together a list things people did, started to do, or say they'll do:


I'm sure with Sarah Lay in charge LocalGovCamp 2015 will be a success and the Makers Hack Day and the Local Leaders fringe events showed that attending these types of days can now legitimately be considered part of one's work.

With Cornwall being a days travel for some however, I wanted to put something together for those who'll have to make a case for attending. I want to show that the return on investment of a day out the office, a couple of nights in a cheap hotel and a train ticket is huge, based on the collective output from this weekend.

The list is just the stuff I know about, so there's bound to be a load more, and if you know of something tweet me and I'll add, which I'll then put on the LocalGov Digital website.

Let's document what became of  LocalGovCamp 2014, so that the legacy lives on and helps others to attend or perhaps even run their own, because as Dave Briggs tweeted, "remember - you don't need permission to run your own", just the inspiration to do so.

November 30, 2014
I'm writing this partly as a reply to an excellent piece that Carl Haggerty published about the disconnect between internal and external influence and partly due to various conversations over the past month about how to make using tools like collaboration platform  Pipeline common practice. This isn't really about Carl though, or Devon County Council, or any other council specifically, it's more a comment on the influence of digital teams in local governments, or lack of, and how to resolve this. So here's the question that prompted this piece. How can someone who's been recognised nationally for their work, first by winning the Guardian's Leadership Excellent Award and who has more recently been placed in the top 100 of the Local Government Chronicle's most influential people in local government , "sometimes feel rather isolated and disconnected to the power and influence internally". First, let's consider whether is this a problem to
16 comments
Read more

June 12, 2016
For the past month I've been putting together a paper on the next steps of digital transformation, for the organisation I work for. I'm proposing we look at two capabilities and two business areas, and if approved I'll be writing more about it. It's been a great exercise in gathering my thoughts and helping me to define digital transformation to a wider audience and how it fits into the bigger picture of service improvement. Here's some of the stuff I've learnt or had affirmed: Transformation, digital or not, starts with understanding the needs of the user through research. This should be obvious, but in local government too often I've seen "build it and they will come" approach applied. It's unlikely a commercial operation would launch a new product without first researching the market, so why would a digital service be any difference? A couple of years ago I wrote how the phrase "digital transformation" was hindering digit
3 comments
Read more